What this section attempts to teach is how to resolve RTC(CMOS) issues on reboot/wake with certain machines. Most commonly looking like the image below: 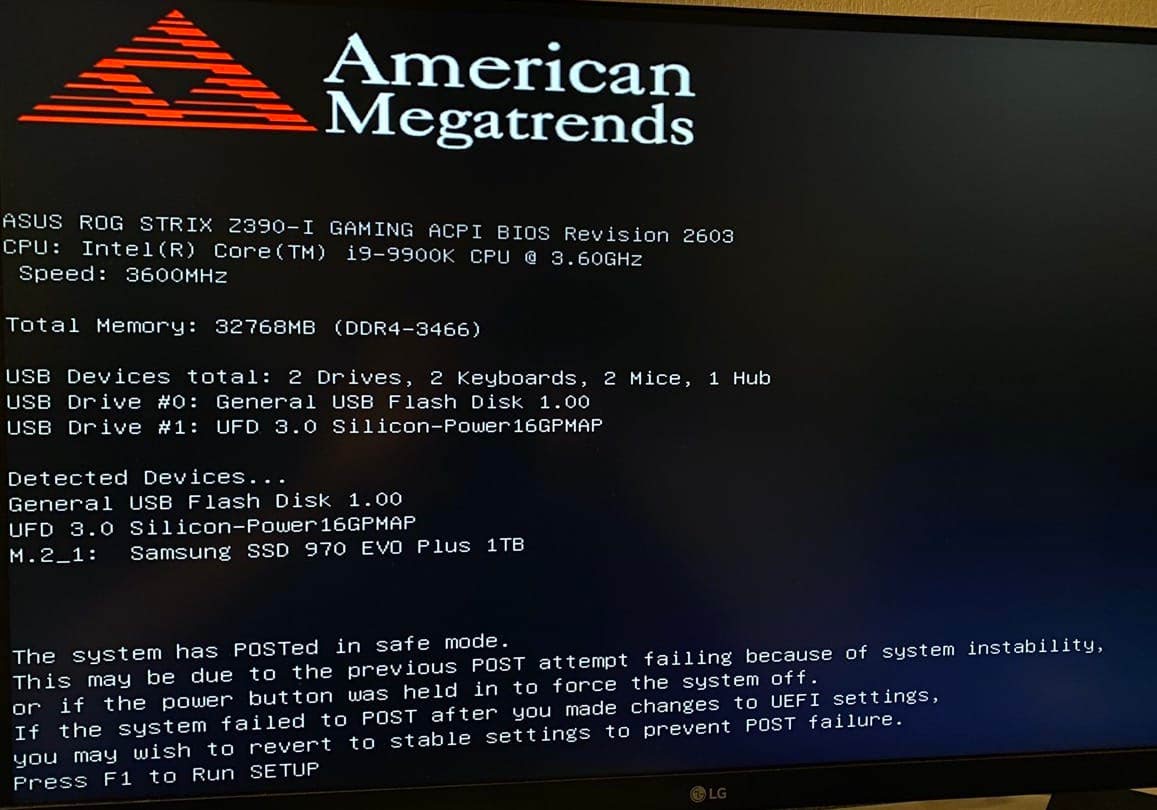 The reason that these CMOS and safe mode errors happen is due to AppleRTC writing to certain areas that are not supported by the hardware properly and thus resulting in panics and errors.

To get around this, we've commonly blocked out all RTC writes with these types of patches (opens new window) but they're not ideal for many reasons including both breaking Windows and Linux and disabling potential supported regions like for power management.

So with OpenCore, we've got a few options to choose:

The former is actually already integrated into OpenCore with the DisableRtcChecksum quirk, but has the downfall of only blocking regions 0x58-0x59 and only working in the kernel level. Best way to know if this option is best, enable it and try. If this doesn't work, disable as it's an unnecessary patch.

With the latter, we're able to block very specific regions of our choice that match our exact model. And we're able to do this both in the kernel level and firmware aiding with hibernation support. This however will requires much more time and RTCMemoryFixup (opens new window).

For the rest of this guide, we're going to assume you've tested option 1(DisableRtcChecksum) and it didn't work or you're having issues with EfiBoot also writing to RTC. To get started, we should first introduce a few ideas:

Regarding splitting out chunks, what we'll be doing is omitting chunks of RTC regions until we've narrowed down far enough to the exact spot that's bad. You can see the below on how to start:

# 3. After testing which regions is bad, shrink even more

# 4. And you'll continue on with this pattern until you've narrowed down the bad region. Note that you will need to reboot each time to test if you're still getting CMOS/Safe-mode errors

Pro tip: To find a value in between 2 regions, I recommend first converting from hexadecimal to decimal, then run the below equation:

Now lets try to use this with step 1 from earlier:

Now with 127.5, you'll round up and down to get yourselves an end and a start value:

And hopefully this can help better understand how you got our values from step 1.

Once you've found the bad RTC region, you can now finally add it to OpenCore itself and allow this region to also be blacklisted at the firmware level.

Next you'll want to add our bad RTC region as an array, so rtcfx_exclude=85-86 will become rtc-blacklist | Data | 8586. This will also work with longer ranges such as 85-89 and such however with rtc-blacklist you must include every entry(ie. <85 86 87 88 89>). Remember to remove the boot-arg once you're set rtc-blacklist

Next ensure you have NVRAM -> Delete also set as NVRAM variables will not be overwritten by OpenCore unless explicitly told so.

Once all this is done, you should have something similar to below: 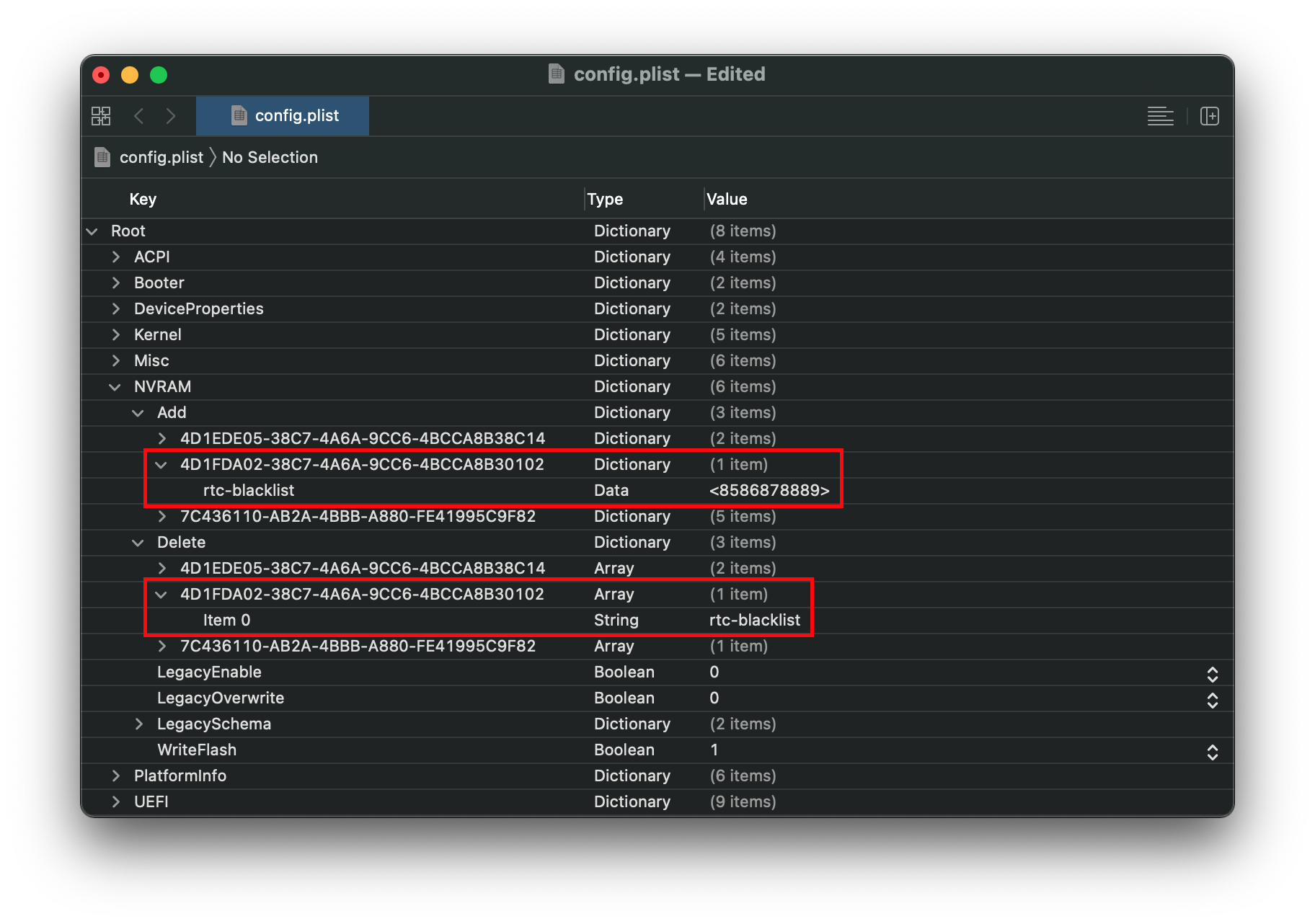